Oil obtained from the cold pressing of organic apricot kernels. Consisting mainly of oleic and linoleic acid and particularly rich in antioxidant molecules, apricot oil is ideal as an emollient, nutrient, elasticising and softening agent. Thanks to its capacity to be fully absorbed by the skin, it conveys tone and shine to dry and very dry skins, regenerating them and delaying the effects of ageing. 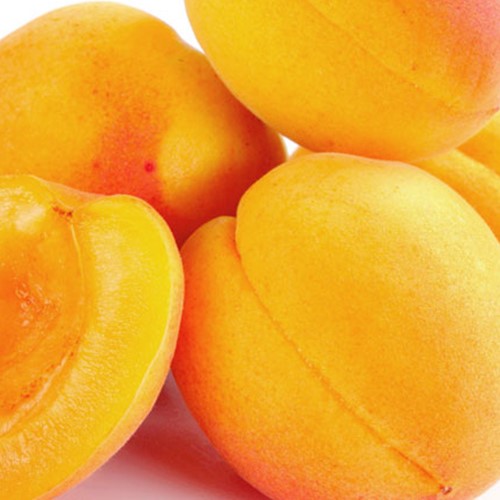 The apricot is a medium-height tree belonging to the Rosaceae family. The pinkish-white flowers appear in spring, before the leaves, while the fruits, which ripen at the height of summer, are orangey-yellow and have a velvety texture. They contain the seed, a flattened woody stone containing the kernel, which is cold pressed to obtain oil.

Way back at the end of the third millennium BC, the apricot appeared on the tables of the Chinese emperors. It reached Armenia in the days of Alexander the Great, where it was named "Armeniacurri malum" (literally “Armenian apple”). Subsequently the Romans spread its cultivation throughout the Mediterranean. The fruit has considerably nutritional power and in pant therapy is considered to be a powerful aid to prevent anaemia.

APRICOT OIL is present in these products